Colleagues across Doncaster and Bassetlaw Teaching Hospitals (DBTH) are fundraising with the ambition to create a pair of memorial ‘Rainbow Gardens’ at Doncaster Royal Infirmary (DRI) and Bassetlaw Hospital sites respectively.

The gardens, once created, will be dedicated to the memory of all of those people we have lost to Covid-19, and two much-missed colleagues, Dr Medhat Atalla and Kevin Smith, who sadly passed away following treatment for the illness earlier this year.

To help us remember these friends and loved ones, we are asking the people of Doncaster, Bassetlaw and surrounding areas to help us raise the following:

To support the Rainbow Garden’s appeal you can click the link at the top of this page. Alternatively, you can contact the fundraising team on 01302 644244.​ For more info go to: https://www.dbth.nhs.uk/charity/rainbow-gardens/

To date 200 people have sadly died at the Trust from Covid-19. Please do something truly amazing and donate however much you comfortably can to ensure that we do not forgot those that we have lost to this horrible virus as well as create a space of comfort dedicated to their memories.

Paul Haslam, Consultant Orthopaedic Surgeon and Rekha Ramanath, Consultant Care of the Elderly, who are both leading on the project, said:

Dr Atalla and Kev Smith will be greatly missed by everybody at the Trust and the local community. After speaking to both families and also colleagues who have worked with Dr Atalla and Kevin Smith, it is felt the creation of a memorial garden in their honour will be a fitting legacy and I think they would be pleased that it will be somewhere that would put a smile on people’s faces for the benefit of all. Whilst clapping for our colleagues it became clear to me that the outdoor environment could be significantly improved. There are no end of opportunities to make the hospital environment a better place to be. Improving our outdoor spaces will help to ease some of the pressure and provide a better quality outdoor environment for colleagues, supporting better mental health and wellbeing.

Where will the gardens be?

We are planning to have two separate Rainbow Gardens, one at Doncaster Royal Infirmary and the other at Bassetlaw Hospital.

At Doncaster Royal Infirmary, the garden will be nearby the site’s Fracture Clinic overlooking our Women’s and Children’s Hospital. Currently, this space is just grassed and unused. Our aim is to transform this into a beautiful space in memory of those we have lost. 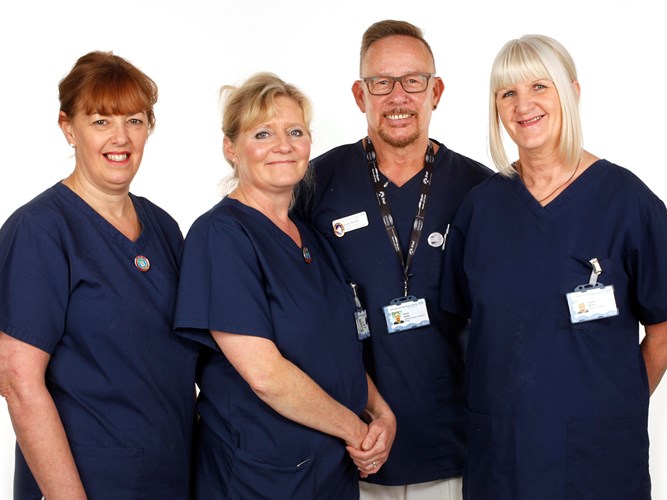 A Plaster Technician at Doncaster Royal Infirmary and a valued and respected member of the team since 1983, Kev, as he was known to friends, cared for thousands of patients throughout his career. So well-known and thought of was the Doncaster resident that he was often stopped and thanked whenever he was out and about by those he had so expertly patched-up, potted and plastered.

Following the announcement of Kevin’s passing, thousands of colleagues across DBTH came together and clapped for him for one minute. This was in addition to the countless messages left on Facebook, describing him at the town’s ‘very best pot man’ amongst other heartfelt tributes. 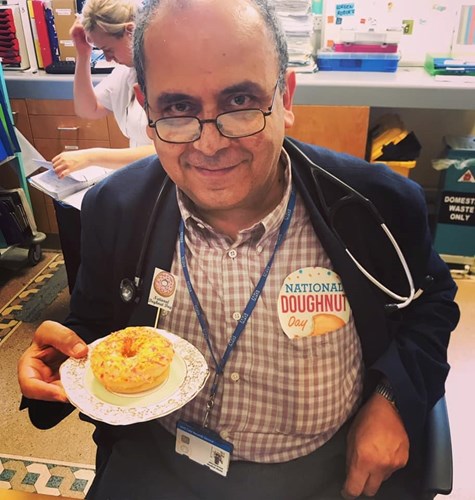 Dr Atalla became a full-time member of our Trust in 2014, when he was appointed as a Consultant Geriatrician on our Gresley Unit. We were fortunate to have worked with him for many years prior to this, since his arrival in the United Kingdom in the early 2000s, where he cared for many elderly patients in hospitals throughout the North of England.

Born and raised in Egypt, Dr Atalla trained to become a doctor in Cairo throughout the 1980s before moving to the Kingdom of Saudi Arabia in the 1990s and finally to the UK a decade later.

Following the announcement of Medhat’s passing, thousands of colleagues across DBTH came together and clapped for him for one minute. A hugely popular and respected colleague, Dr Atalla was a very special human being who practised medicine across three continents throughout his career, affecting the lives of so many in such a positive way. He was a truly gentle gentleman and is hugely missed by us all.

COVID-19 precautions including masks and social distancing will remain in ALL hospitals, GP practices and other healthcare sites across South Yorkshire and Bassetlaw from 19 July.

Please note from Monday 19 July parking charges will be reintroduced across the NHS (including all of our sites), as per Government policy as restrictions ease.